Nintendo Explains Why The Wii U Is Better Than The...

It goes without saying that the Nintendo Wii U is having a hard time connecting with gamers. Although the system sports a number of exclusive titles featuring a number of the company’s most famous characters, the console hasn’t enjoyed the same success as its predecessor.

In an effort to get people excited about the machine, Nintendo has put together a poster that details why the Wii U is so much better than the Wii. Did you know that Wii U accessories aren’t compatible with the Wii? I had absolutely no idea. Thanks for the heads up, Nintendo!

The poster first showed up on Twitter courtesy of Geoff Keighley, host of Spike TV’s GTTV. Prospective buyers are encouraged to take the flyer home with them should they need more time to weigh the options. You know, in case your internet is down.

The Wii U is off to a rocky start in 2013. The console only sold approximately 59,000 units in January. February didn’t prove much better for Nintendo; the company only managed to move 64,000 machines. At this point, the company is doing whatever it can to stay in the game.

“Why Wii U?” the ad asks before getting down to business. You can check out what the Wii U has to offer by having a good look at the image below. And don’t try to use the Wii U gamepad with the Wii. From what I understand, it’s not going to work. 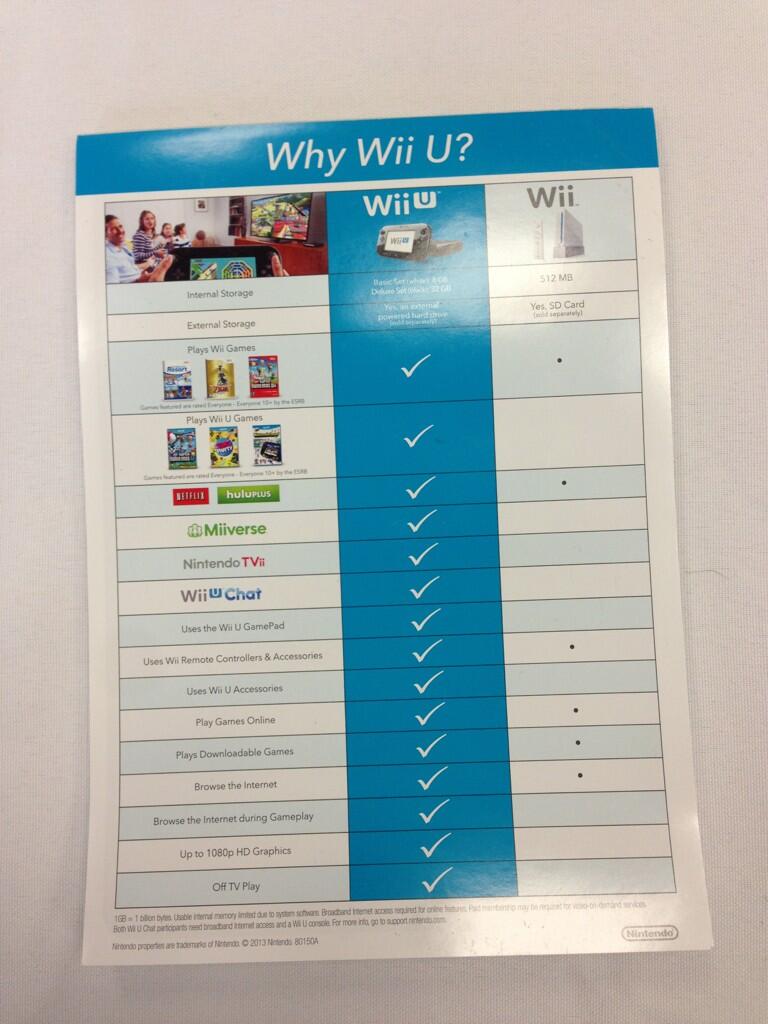