TeePublic is for t-shirts what Kickstarter is for 9-year-old girls raising money to develop a family friendly video game. The platform was designed by Josh Abramson, the same guy behind the popular BustedTees t-shirt sales platform.

Just like Kickstarter a potential design is submitted for consideration and at least 30 users must purchase a T-shirt for funding to kick in.

Unlike Kickstarter the TeePublic team prints the shirt and ships it to backers. Shirts sell for $20 each and $5 from the sale of each t-shirt goes to the designer.

While other websites have used voting systems (Threadless) to pick t-shirt designs, ultimately staff members have decided which t-shirts to feature on their websites.

The nice part about a system like TeePublic is that there are no barriers to entry. Designers don’t pay a fee to list their designs and they don’t lose anything if their design isn’t picked up with 30 purchases.

I personally enjoy the platforms ability to allow for both guy and girl designs with various sizes including small, medium, large, x-large, and 2x-large.

BustedTees will be used to promote TeePublic which means a huge buy base is already in place for the website. Abramson sold BustedTees, Vimeo and CollegeHumor several years ago but decided to buy back BustedTees in 2011.

TeePublic during its first week received 50,000 visits and registered more than 2,000 users. The user base for the platform has already engaged in 1,000 funding/purchasing actions with 22 funded designs out of 480 submitted designs.

Abramson suggests that users submit their t-shirt designs on Facebook and Twitter to help publicize their designs.

Our own CTO of video production and social media outreach Neal Campbell decided to try out the platform with one of his own designs (pictured above) which can be viewed HERE. 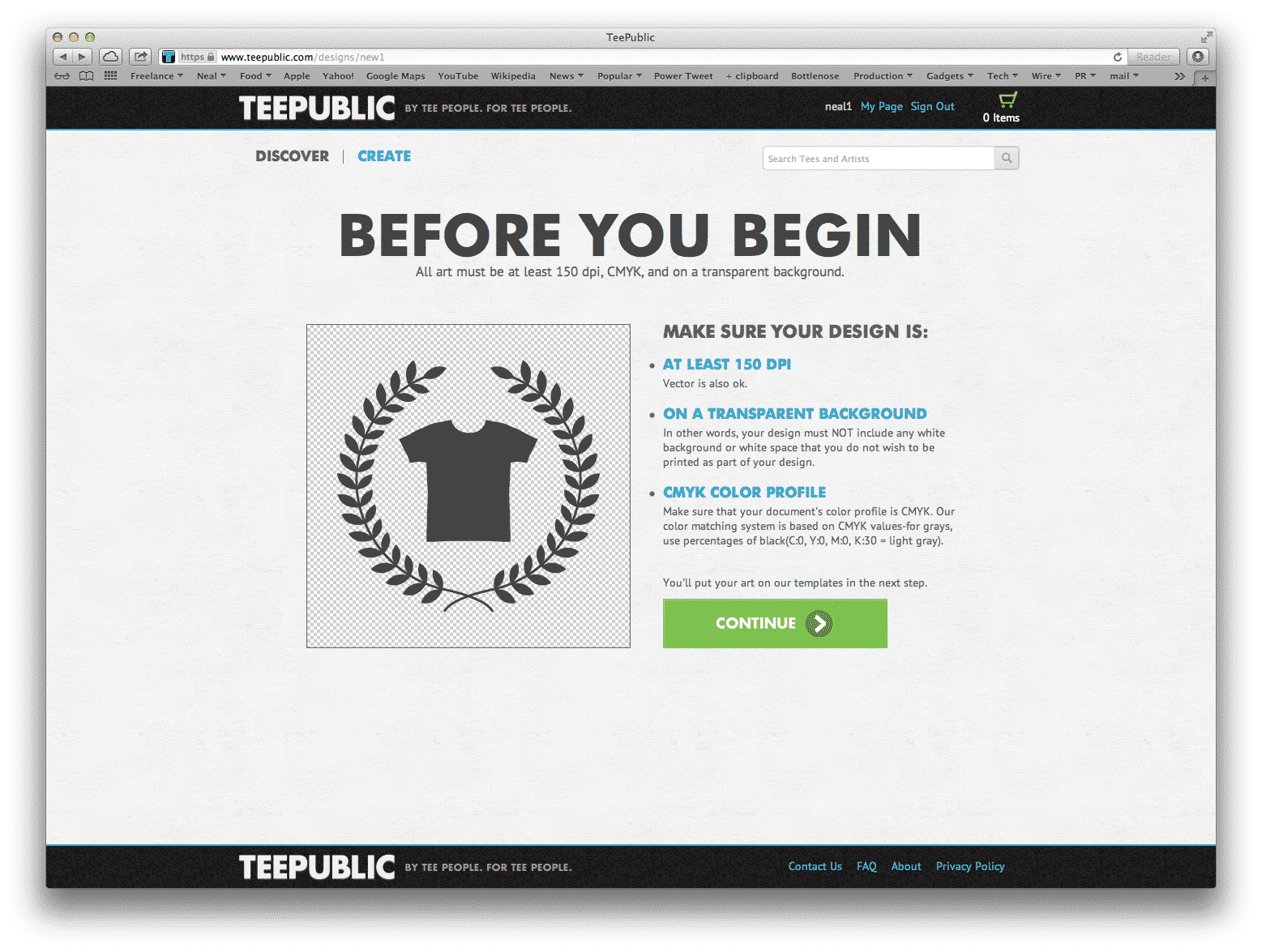 Having experimented with lots of different companies that make printing t-shirts easier for designers who don’t have cash to spend up front, Neal found Teepublic’s setup to be the most promising so far. After signing up, designers download two Photoshop templates. One shows the detail of the artwork. The other show the art’s placement on a t-shirt. Original artwork hast to be created at 150dpi using a CMYK color profile.

The templates require the full version of Photoshop because colors are locked into a folder. It would be nice if they’d break those out of the fold so designers using Photoshop Elements can access them. 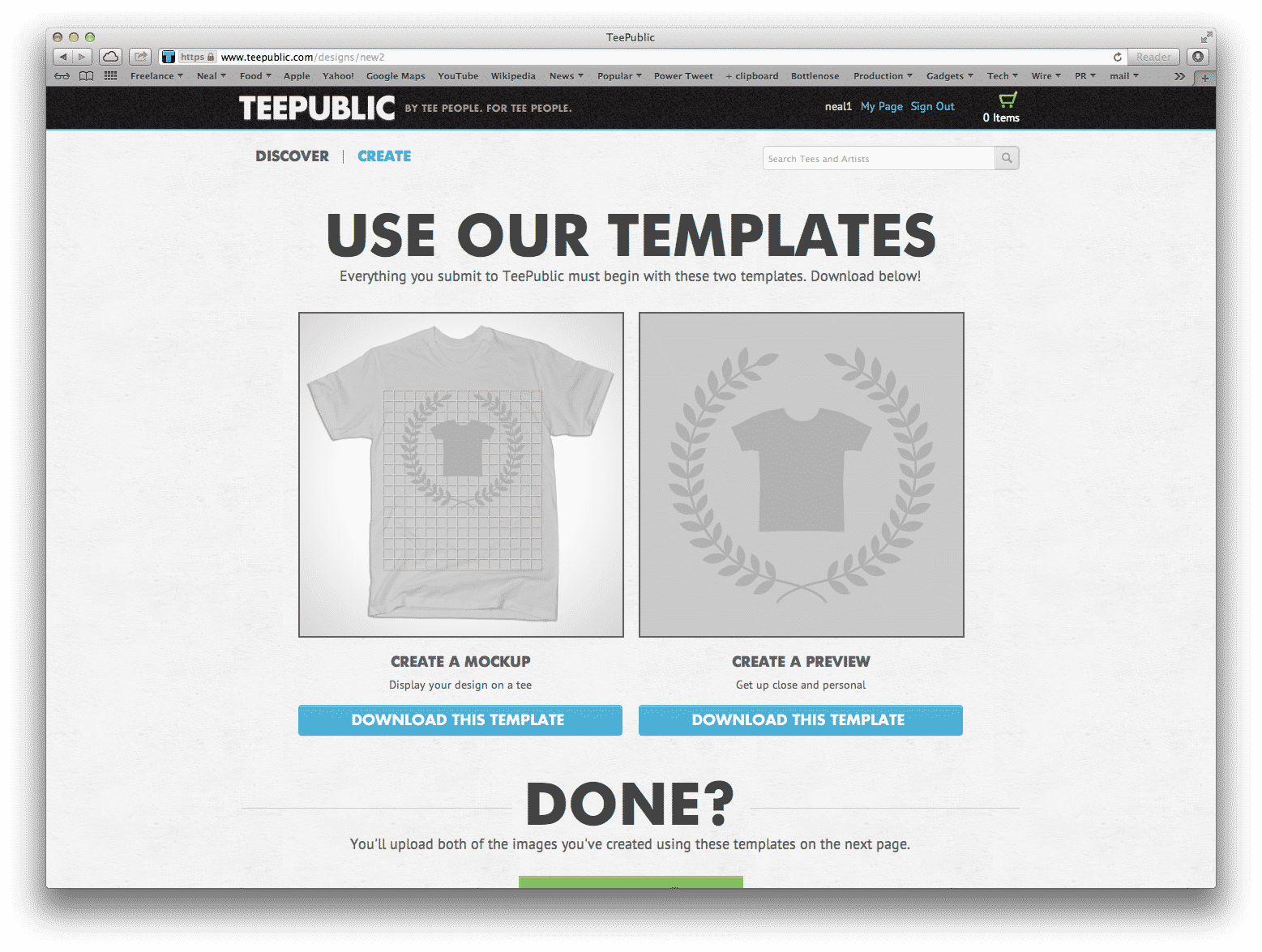 We’ll write an update to let you know how Neal’s test of Teepublic goes! 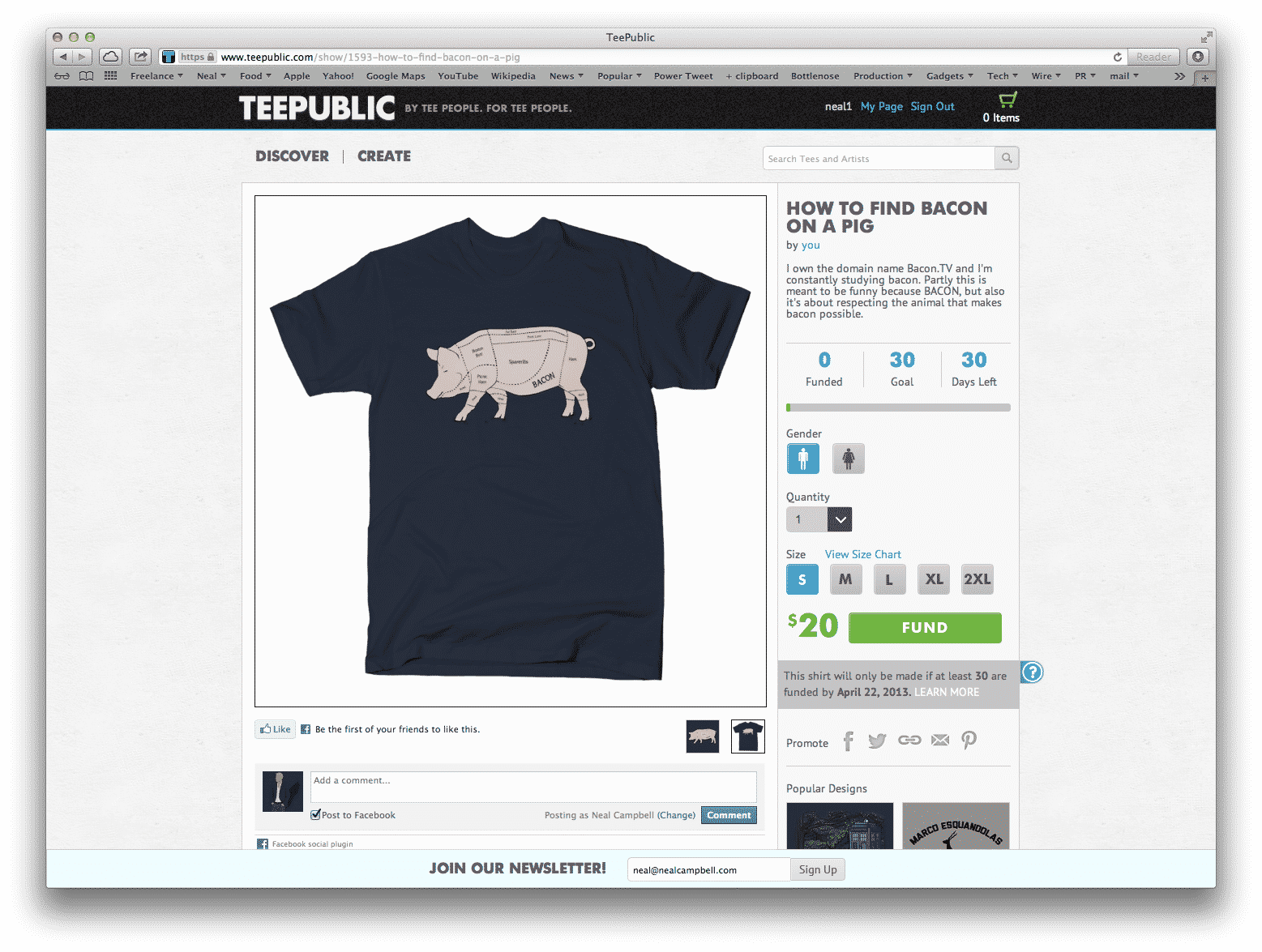