by Dusten Carlson 10 years ago4 months ago

Facebook managing editor Dan Fletcher announced Wednesday that he will vacate his post next month because his position is … well … a little redundant.

Fletcher spoke to a crowd at the Edward R. Murrow College of Communication at Washington State University in Pullman, Washington this week, and announced that he’ll be leaving Facebook to pursue his own online startup.

“I’m leaving Facebook in the middle of April because I’m so excited about these other models,” Fletcher said. “I think largely, Facebook is a really good force in our society, but there’s other stories I want to tell, too.”

Facebook’s hiring of 25-year-old Fletcher in January 2012 caused some outlets to speculate that the social media giant was angling for a spot in the journalism business, an idea seemingly supported by the creation of FacebookStories, which produced “branded journalism” for the site.

The problem with his position, then, is one of redundancy. Fletcher noted that Facebook hosts billions of users who are already providing great content, so the company “doesn’t need reporters,” at least not in the traditional sense.

“You guys are the reporters,” Fletcher said. “There is no more engaging content Facebook could produce than you talking to your family and friends.”

He also referred to his title as “managing editor” as Facebook’s “biggest mistake” when bringing him on.

So what’s next for the young Northwestern University grad and former media director for Bloomberg News?

“I wish I could end this with, ‘here’s what I’m going to go do,'” he said. “That would certainly be helpful for me. But I’m not there yet.” 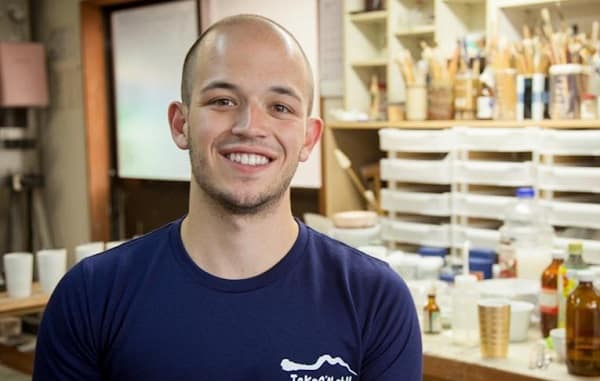 You can read Fletcher’s May 2010 Time cover story, titled “How Facebook Is Redefining Privacy,” here. Is there any love lost between Fletcher and Facebook? When asked if his views on the company had changed over his 15-month employment, he simply replied, “Well, that’s a dangerous question, isn’t it?”

Fletcher’s stated reasons for leaving Facebook are as good as any, but one wonders whether he’s become disillusioned with the social media giant, and whether they’ll re-tool their approach to online journalism. What do you think? Should Facebook continue to angle the news business, or, as Fletcher says, should it fade into the background and let you direct the content?