World of Fourcraft Turns Foursquare and GMaps Into an Online...

by Kim LaCapria 12 years ago11 months ago

(Yes, a few miles east and I am planted firmly in “Here Be Dragons” zone, a glitch for which I have tweeted at the World of Fourcraft Twitter account [@Worldof4Craft] and which will hopefully be resolved soon.) The way it works starts with you authorizing the game to have access to your Foursquare account. Then you declare allegiance to a borough, and check-ins are like placing a game piece on a Risk board.

The game only has about a hundred people playing right now, so Long Island really could totally represent here. Ahem. Manhattan has pulled ahead as a clear winner as of now, occupying swaths of other boroughs- including, surprisingly, Brooklyn.

Per Mashable, one of World of Fourcraft’s creators spoke about the impetus behind the Foursquare-adjacent game’s creation:

“We wanted to make foursquare more compelling for long-term use,” says Ricky Robinett, one member of the seven-person team that created the game during a weekend hackathon at New York’s General Assembly. “[On Foursquare] you have a weekly total that gets swiped at the end of the week. This keeps adding up.”

Robinett says eventually the team wants to borrow a little from World of Warcraft to make it so more established players’ check-ins will carry a bit more weight in the game than those of newbs. But then again, if you get in now on the ground floor, you could be one of those non-newbs getting more points.

Will you be adding World of Fourcraft to your Foursquare account? 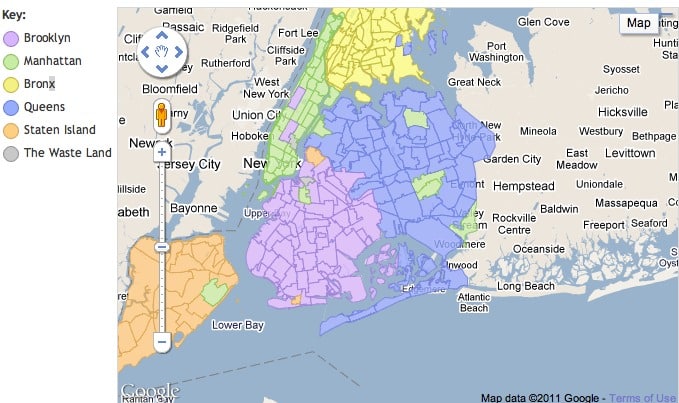