Users searching for Digg.com articles via Google search on Wednesday were met with “no results found” message. 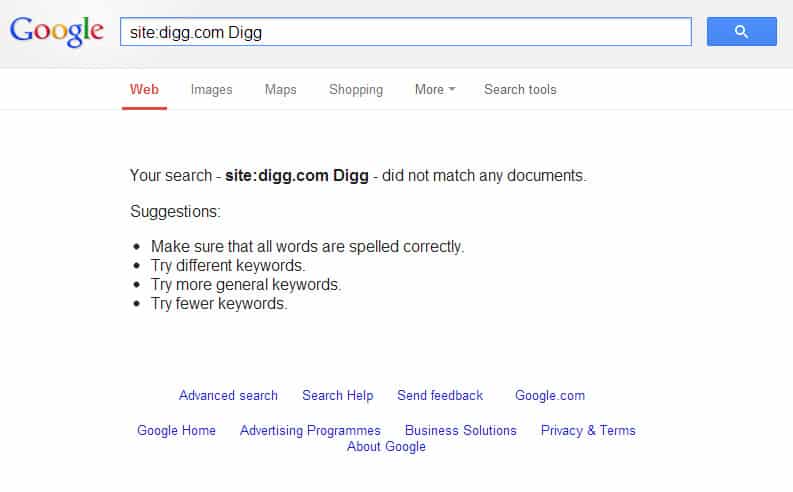 The mishap was originally discovered by @MattSawter in a tweet he posted about the missing social link sharing websites listings in Google.

In this case it wasn’t a matter of being hugely penalized by the search engine, shortly after the issue was discovered Google send out the following message:

“We’re sorry about the inconvenience this morning to people trying to search for Digg. In the process of removing a spammy link on Digg.com, we inadvertently applied the webspam action to the whole site. We’re correcting this, and the fix should be deployed shortly.”

This would not have been the first time a site has been axed had it been the correct decision Interflora was removed by Google after it sold links to major publications in an attempt to help their ratings.

In the meantime the Digg Reader is in the works, an RSS platform that actually aligns the Betaworks owned company with Google readers who will lose access to the company’s RSS app on July 1, 2013.