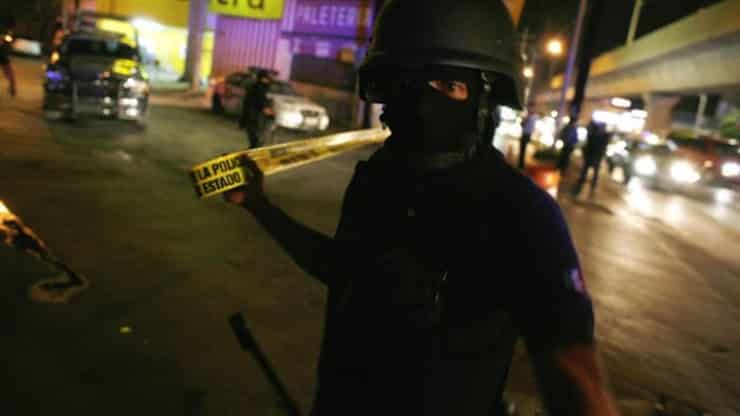 Mexico’s media channels have stopped reporting about drug-related violence in the country because they have been threatened with violence. In response to the lack of news many Mexican’s have started using Twitter as a means to find that lacking news. The discovery of Twitter’s influence on mexican drug culture was discovered in a study conducted by Microsoft.

The study first examined how Mexicans are using social media in general. Microsoft found that social media in the country has increased significantly over the last 13 years as an increasing number of citizens have become internet connected. Microsoft found that from 2000 to 2010 the number of online participants jumped from 17.2% to 34.9%. The study also found that of the 34 million connected citizens 37% are under 18 and 40% are between 18 and 34.

A recent study we reported found that Twitter’s demographics favor younger users, a fact that might explain why so many more people are turning to the social network for reports about drug related violence.

Microsoft’s report estimates that of all the connected people in Mexico, 61% with internet access use it to connect via social networking. 39% of users take advantage of Facebook, 38% are connected on YouTube, and 20% user twitter.

HOW CITIZENS ARE USING SOCIAL MEDIA IN THE MEXICAN DRUG WAR

Microsoft examined four of Mexico’s largest cities (Monterrey, Reynosa, Saltillo, and Veracruz) and found that the way in which social media is used to track drug related violence is fairly concrete in its use.

The study found that while only 20% of internet users take advantage of Twitter, they are the most likely to track drug related violence in Mexico.

What Microsoft discovered is that most citizens using Twitter chose a specific set of hashtags for their monitoring purposes. For example in Monterrey (population 4,000,000) the hashtag #mtyfollow received 211,278 tweets. In Reynosa, a city with a population of 600,000 the hashtag #reynosafollow was used 155,768 times. Citizens in Saltillo (820,000 people) tweeted #saltillo a total of 154,879. Finally, in Veracruz its 702,000 citizens used the term #verfollow 87,801 times.

Microsoft found those popular terms by monitoring trends since mid-2011, and through the use of searching and browsing for re-occurring hashtags. Microsoft also watched and read news reports to find popular Twitter terms and researchers followed high-profile Twitter users to find those terms.

Microsoft found that most users of the popular Twitter platform in Mexico retweeted news rather than posting original content. This would explain why a small 9% of users sent more than 1000 tweets while many responded to hashtags for drug violence only one time on average (52.8%).

Essentially Twitter is used to pass along news that is often not found in the mainstream media in Mexico. Users learn of a potential violent act or rising tensions throughout the drug cartels and they post a retweet and move on.

Interestingly, Microsoft believes that the spread of Twitter use has picked up against drug violence as violent acts by drug cartels have continued to increase. Micrososoft writes:

“Our findings suggest that the adoption of Twitter did not happen simultaneously across the four cities. For example, Veracruz adopted this medium much later (see Figure 1). A likely explanation is that the practice spread as the violence spread. For example, we identified the first instance of the #verfollow where one person tells another of the possibility of using the hashtag #verfollow to find information about Veracruz: “you can find information about the state in verfollow or alertavera, messages should be short.” Shortly after, another person sent a tweet to an influencer than those posting about them. Although it is almost impossible to tell precisely how many people are engaged in discussions surrounding the Drug War, it is not negligible.”

Twitter as a news medium is not a new idea, in fact that type of social reporting by everyday citizens is part of the reason we started SocialNewsDaily. On the other hand it is interesting to see how the social media environment can adapt to fit the needs of users as it has with Mexican residents and their battle against drug related violence.