Josh Cribbs is a wide receiver, return specialist, and free agent after ending his eight-year career with the Cleveland Browns. As he leaves his team and his city (possibly for the Cardinals), he made sure to leave a very classy and touching goodbye to the city that made him a star on Instagram.

“I proved I would die for this,” reads Cribbs’s goodbye, over images of him playing with the Browns. “It’s been a blessing to be in Cleveland, wishing the best to the city the Team. If I could stay I would,” he added. 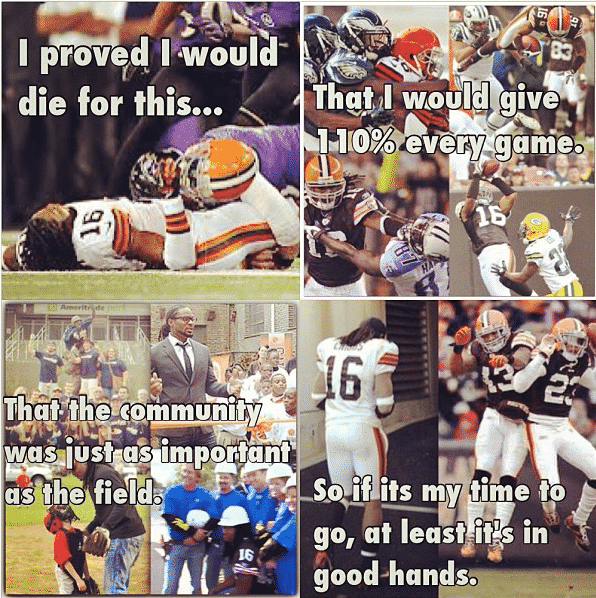 Side note: Cribbs is actually an extremely entertaining Instagrammer to follow. The former Kent State standout posts fun stuff to his feed regularly, including cartoon pictures of his kids and photos of himself with other celebrities like Betty White.

Anyway, five teams including the San Francisco 49ers, the New York Giants and the New England Patriots have expressed interest in signing Cribbs, but the sports gossip mill has him leaning toward Arizona.

He hasn’t said word one about it yet, even on his normally busy and outspoken Twitter account, merely sending a simple and heart-felt goodbye to the Cleveland Browns there, as well.