by Dan Evon 12 years ago9 years ago

If an athlete wants to sell a product, all they have to do is tweet about it. A new study shows that sports fans are 55% more likely to purchase a product if it has been tweeted or written about on Facebook by one of their favorite athletes.

The 2011 Fan Engagement Study by Catalyst surveyed more than 2000 people about their interactions with the NFL, NBA, MLB, and NCAA through social media. 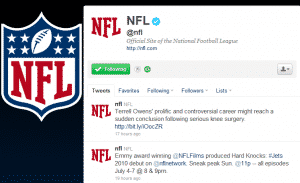 Social media is an increasingly powerful tool for marketers to reach sports fans in a very authentic way. Fans who use social media are more passionate and engaged with their favorite sports, teams and especially athletes. The strategic alignment of attributes between brands and athletes – ensuring relevancy and authenticity – will have a greater impact on driving purchase.”

The study found that young (18-34) non-white males were the most likely to purchase a product that was mentioned by a favorite athlete on Twitter or Facebook. The study notes that this is probably because this demographic interacts with their favorite teams and players through social media more than any other demographic.

Here are some other interesting facts from the survey.

“With the growth of social media channels like location-based services and mobile devices, fans can connect, share, create content and build communities with each other, more than ever before. It creates a richer experience for the sports fan, and, when done properly, brands can add to it.”