Some people get a tattoo to mark a turn or major change in their life, and pop superstar Miley Cyrus is apparently no exception. Amid rampant rumors that she and fiancé Liam Hemsworth have split up, Cyrus got a cryptic new tattoo that pretty much confirms she’s single again.

Miley’s new tattoo is a very detailed piece on her arm, inspired by Leonardo da Vinci’s sketch of the human heart. It might be a reference to her own heart, which was reportedly broken by Hemsworth who may or may not have cheated on Cyrus with Mad Men actress January Jones.

Just did the RADDEST tattoo on @mileycyrus -a miniature rendition of a daVinci anatomical heart! ❤ instagr.am/p/W5J9YJlSW4/ 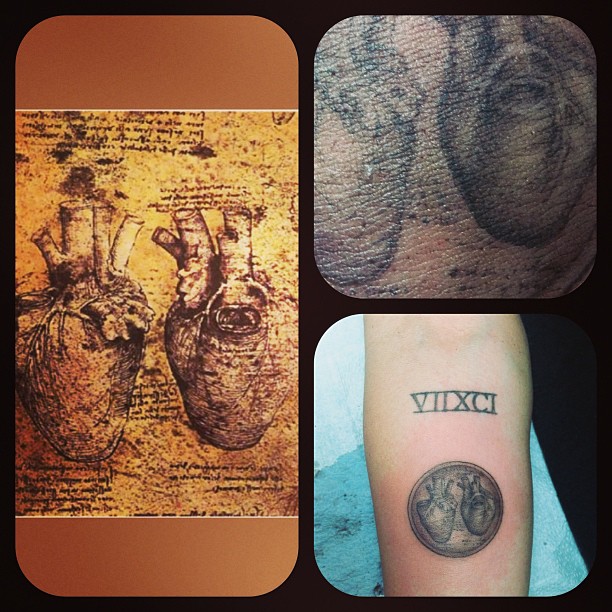 Miley Cyrus’ new tattoo is the latest of many on her body, including a heart on her little finger, an anchor on her wrist, a dreamcatcher on her ribcage, the words “Just Breathe” on the left side of her chest, an equal sign on her ring finger (for marriage equality) the Roman numerals VIIXCI on her right forearm, and a quote from a Teddy Roosevelt speech on her left arm:

“So that his place shall never be with those cold and timid souls who knew neither victory nor defeat.”

What do you think? Is Miley Cyrus’ tattoo a reference to her relationship with Liam Hemsworth? Is it really over? Sound off!