Pope Francis I On Twitter (And His Four Best Fakes)

Following his election to the ministry of silly hats Wednesday, Jorge Mario Bergoglio, aka “Pope Francis I,” joined Twitter. A lot.

Almost instantly after the new Pope was chosen, some tweeps snapped up pope-ish Twitter handles right away, as is the standard practice these days when a new celebrity star enters our galaxy.

Pope Francis I actually is on Twitter, but his handle is @Pontifex – the same Twitter handle used by his predecessor, Benedict XVI.

Dear friends, I thank you from my heart and I ask you to continue to pray for me.Pope Francis.

His first tweet has been retweeted nearly 20,000 times, and the @Pontifex handle has grown to nearly 2 million followers (from 1.5M during Benedict’s tenure) since being tailored to Francis I.

Several other Pope Francis I Twitter accounts exist, but they’re all fakes. Despite this, they seem to have fooled many of the Catholic flock. One in particular, @JMBergoglio, earned thousands of followers just minutes after Francis I’s election. 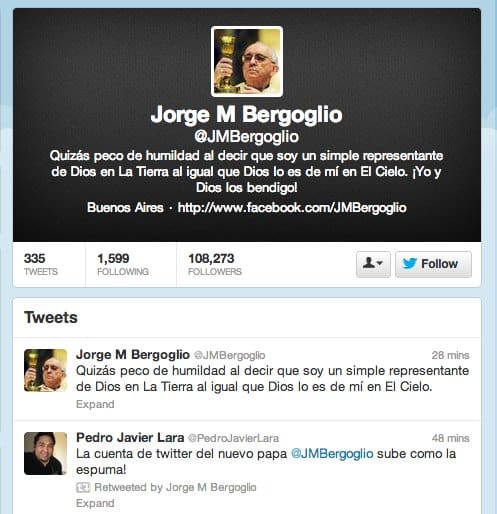 The account looks legitimate, what with its Spanish tweets, and is actually older than Francis I’s election, and was created as a parody account of Bergoglio while he was still a cardinal. The account has since been suspended.

There are a handful of other fake accounts, but the rest are pretty obvious forgeries. You’ve got: 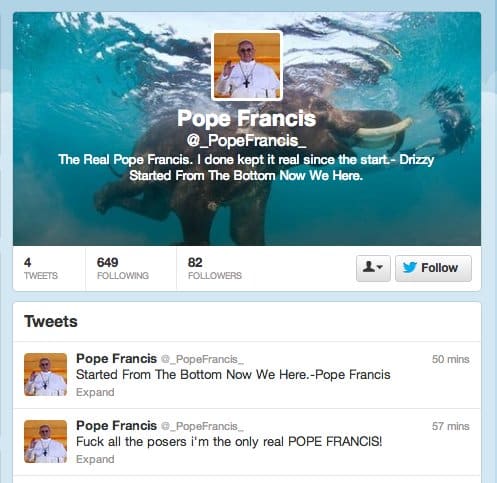 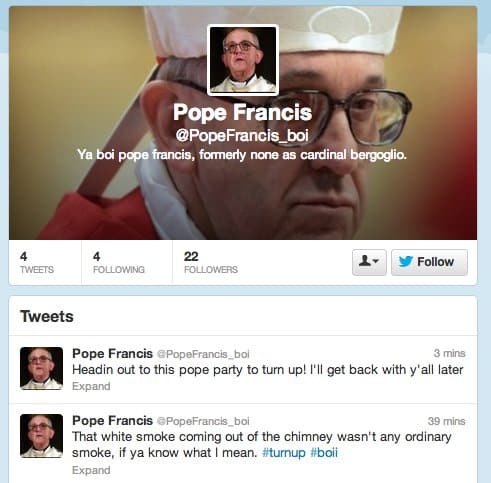 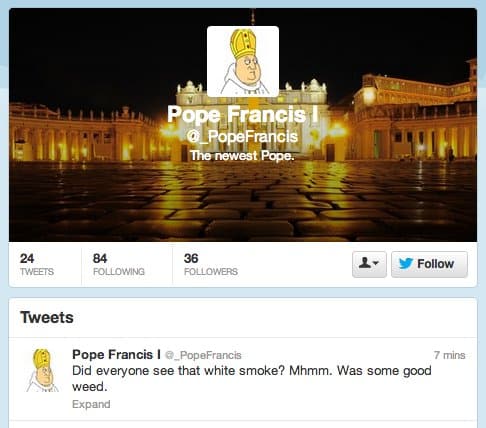