In creating a prettier design Twitter developers focused on photo deployment for the Windows 8 app. Users can now tap on a photo to bring in a full-screen view of the shot. The app also allows users to view a photo gallery from their favorite users. With Share charm users can share links to photos they link.

Twitter will likely continue to add new features and push out other third-party Twitter apps for Windows 8 as more users take to the new Microsoft OS. 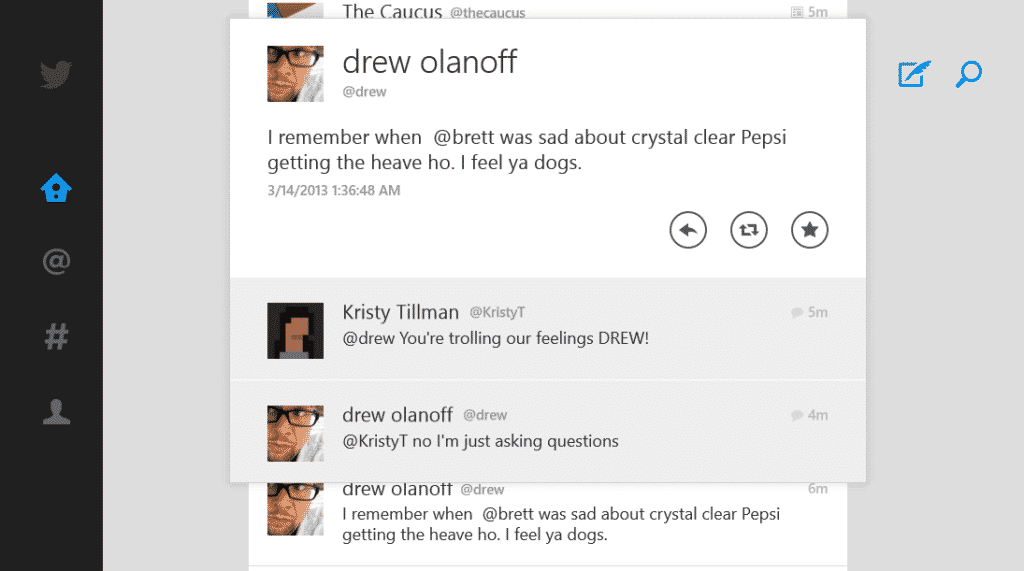 Here is the Twitter app for Windows 8 in action, let us know what you think in our comments section: