by Chase Williams 10 years ago6 months ago

The location-based app Banjo has been around since the summer of 2011 and it’s seen overwhelming support from the community. 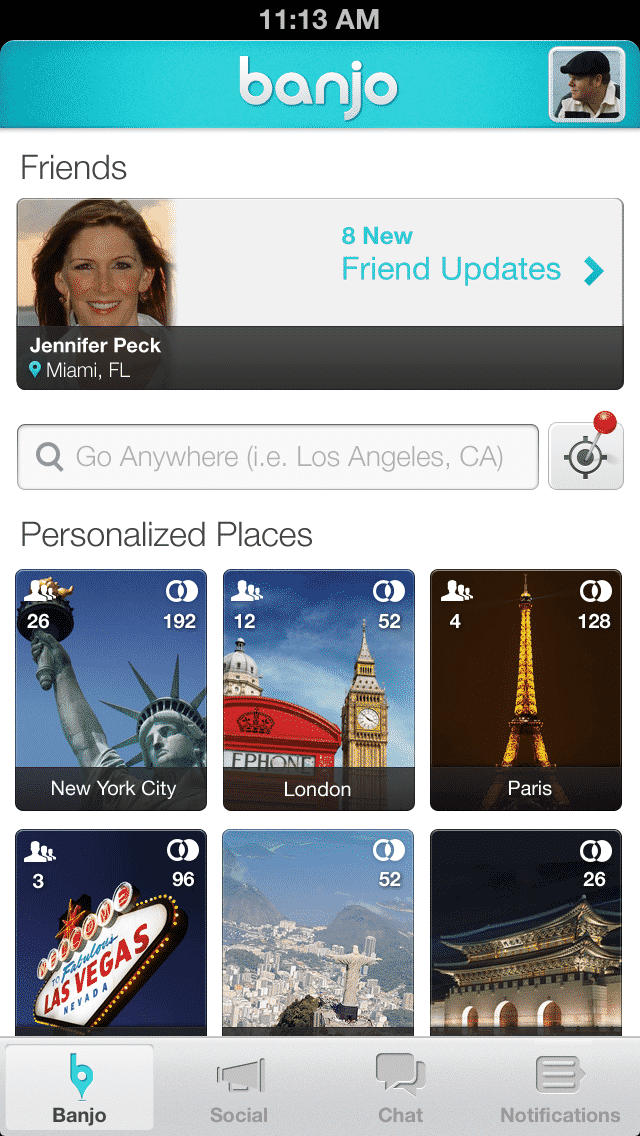 Banjo, now with 4.2 million members, is an iOS and Android application that delivers real-time social network data from any location in the world. The app sets itself apart by allowing users to specify content delivered based on specific GPS data. It also alerts users if friends within their social circles are close to them — similar to Highlight’s feature.

Damien Patton, Banjo’s CEO, said, “If you can’t be [at SXSW] or at a hockey game, concert or breaking news event, you can view photos, videos and comments from others at those events … We’re taking you to places you can’t be.”

Banjo recently finalized a partnership with Google+ and made an appearance with Twitter at the Mobile World Congress in Barcelona.

Patton, a former chief mechanic for NASCAR, began Banjo to get back to the fast-paced sport, and judging by the app’s success, it looks like he might make that dream a reality.

“I wanted to be an entrepreneur, and be in tech, to impact people … And I’d like to get back into NASCAR. Banjo could get me there,” Patton said.

Banjo analyzes over 500 million social feeds prior to organizing and distributing location-based information to its users. The application creates a global social feed that is intended to help users explore and share experiences from across the world.

Chase Williams is a serial entrepreneur, professional procrastinator, dreamer, explorer and risk taker. He's been weightless aboard a NASA C9-B aircraft and his head hasn't quite come back down from the upper-atmosphere. To keep up with his low-oxygen chatter, follow him on Twitter @ChaseHWill