Justin Bieber Gets Revenge On Lil Twist By Posting Embarassing...

Justin Bieber is a vengeful, spiteful, devious maniac. When his new BFF crashed his Fisker Karma (a car that costs more than $100,000) the Canadian pop singer devised an evil plan to get revenge on his friend. Yep, he posted a photo on Instagram.

Lil Twist may be trying to cultivate a hard, urban image but Justin Bieber revealed another side to the rapper on Instagram. The pop star posted a photo of Lil Twist riding a horse.

Bieber wrote: Haha @liltwist on a horse is priceless. 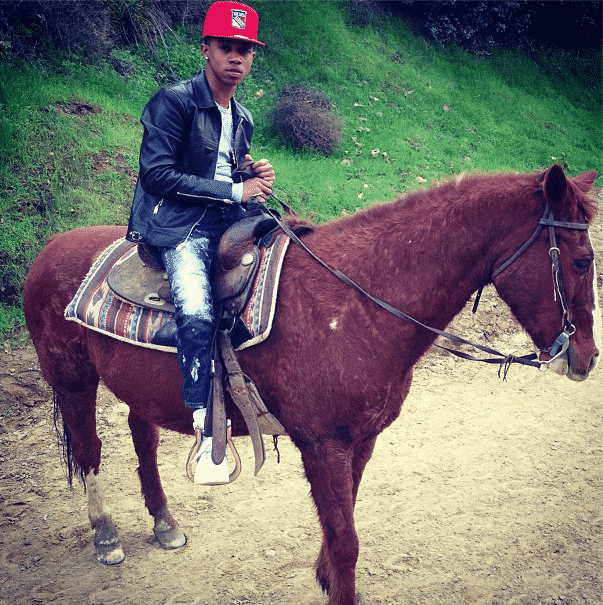 Bam! You see that? That is why you never, ever screw with Justin Bieber. If you crash his $100,000 car he’ll make sure that everyone knows that you rode a horse that one time… You know, an eye for an eye.

Bieber has a good sense of humor (and a few million dollars) and wasn’t too upset about the car crash. But that doesn’t mean that the pop star doesn’t get angry. Last week Bieber almost got into a fight with a Paparazzi in London.

Sometimes when people r shoving cameras in your face all day and yelling the worst thing possible at u…well I’m human. Rough week

What do you think of Bieber’s revenge?