by Kim LaCapria 10 years ago4 months ago

Facebook’s “pay to promote” feature has been a topic of debate since it debuted, reducing any person or page’s reach on the service to a fraction of what it was originally.

And despite near across-the-board disapproval of Facebook’s pay to promote “feature,” no sign has ever been given that the social network plans to retire the $7 bounty to ensure post visibility.

Facebook’s pay to promote posts feature gained visibility anew with a New York Times article titled “Disruptions: As User Interaction on Facebook Drops, Sharing Comes at a Cost.” In it, NYT Bits writer Nick Bilton explains how while his list of “subscribers” has grown from 25,000 to more than 400,000, his user engagement stats have dropped precipitously — a pretty common across the board finding.

In the post, Bilton explains how Facebook’s pay to promote feature has hobbled his ability to reach fans and boost traffic, complaining:

From the four columns I shared in January, I have averaged 30 likes and two shares a post. Some attract as few as 11 likes. Photo interaction has plummeted, too. A year ago, pictures would receive thousands of likes each; now, they average 100. I checked the feeds of other tech bloggers, including MG Siegler of TechCrunch and reporters from The New York Times, and the same drop has occurred.

Bilton says he then took the plunge and shelled out the $7 ransom Facebook’s pay to promote service costs, and the results were surprising. He notes that on the experiment post he promoted, he saw a 1,000 percent increase in interaction from his unpaid shares, and he speculates:

It seems as if Facebook is not only promoting my links on news feeds when I pay for them, but also possibly suppressing the ones I do not pay for … This may be great news for advertisers, but I felt slightly duped. I’ve stayed on Facebook after its repeated privacy violations partly because I foolishly believed there was some sort of democratic approach to sharing freely with others.

While Bilton was shocked to discover the ins and outs of Facebook’s pay to promote racket, BetaBeat‘s Ryan Holiday basically said the outrage was slightly precious, opining:

I don’t mean to pile on any of these well-meaning writers. (Some, like Zach Seward at Quartz, pretty much nailed it with his analysis of how Facebook tweaks ‘the black box that is EdgeRank,’ in order to promote and incentivize features). They are right to be outraged and perplexed. Facebook’s pay-for-placement program is ridiculous. Except it’s been ridiculous for quite some time. And apparently part of the reason Facebook has been able to get away with it is that few media gatekeepers, who are supposed to follow this stuff for a living, know how the platform really works. 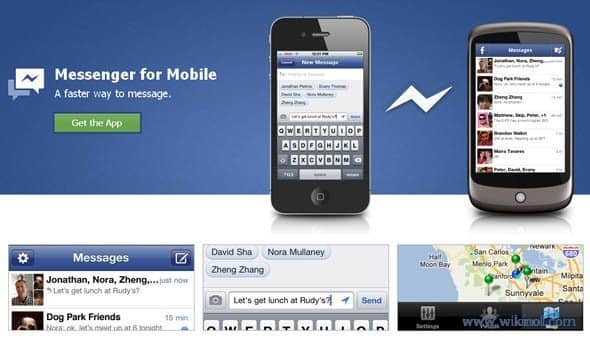 Does Facebook have a ‘right’ to operate this way–to throttle access and charge unequally for passage? As a for-profit company, they absolutely do. It’s just bafflingly shortsighted–and borderline unethical–to anyone who really thinks about it for two seconds.

Essentially, it comes back to Facebook’s market dominance and its relative pioneering of social networks — users that leave Facebook in a strop have few options that allow for such across the board connectivity to contacts, and many are tied to the service for work or other non-negotiable reasons.

Do you think there’s any chance Facebook’s pay to promote service will be retired?